The winner of the Chauncey Wood Dissertation Award of the George Herbert Society for 2014-2016 is Dr. Shaun Ross, for “Sacramental Signification: Eucharistic Poetics from Chaucer to Milton.” The dissertation, which was defended in November 2016, was written at McGill University under the direction of Professor Maggie Kilgour (English), with, as advisors, Professors Paul Yachnin (English), Tabitha Sparks (English), and Torrance Kirby (Religious Studies). Professor Achsah Guibbory of Barnard College (English) served as External Examiner. The thesis pursues two main goals: first, to articulate how each of the featured poets (the Pearl-poet, Chaucer, Southwell, Herbert, Donne, Crashaw, and Milton) turns to the Eucharist as a way of understanding poetic sign-making; and second, to intervene in recent critical discussion of the relationship between the Eucharist and poetry in early modern England.

The panel of judges writes that Ross’s contribution to Herbert studiesâ€”contained in a very substantial chapter on the poetâ€”is dazzlingly learned and resourceful, a triumph of uncommon sense and humanistic concern. Broadly conceived and boldly argued, it challenges the major thinkers of the past and calls to order those who confuse the two distinct functions of the Eucharist, as propitiatory and thanksgiving sacrifice. It thus stands as a strong corrective to current criticism on Herbert and Holy Communion. But its argument also shows great flexibility in dealing with the rich artistic variety of the poems in The Temple. It includes landmark readings of “The Sacrifice,” “The Sonne,” and “Love” (III). The author’s means of expressing his original views are critically inventive, logically forceful, and unfailingly lucid. The dissertation plays a decisive role in the contemporary revaluation of the place of the Eucharist in English literature. It is likely to inform and inspire the study of Herbert for many years to come. 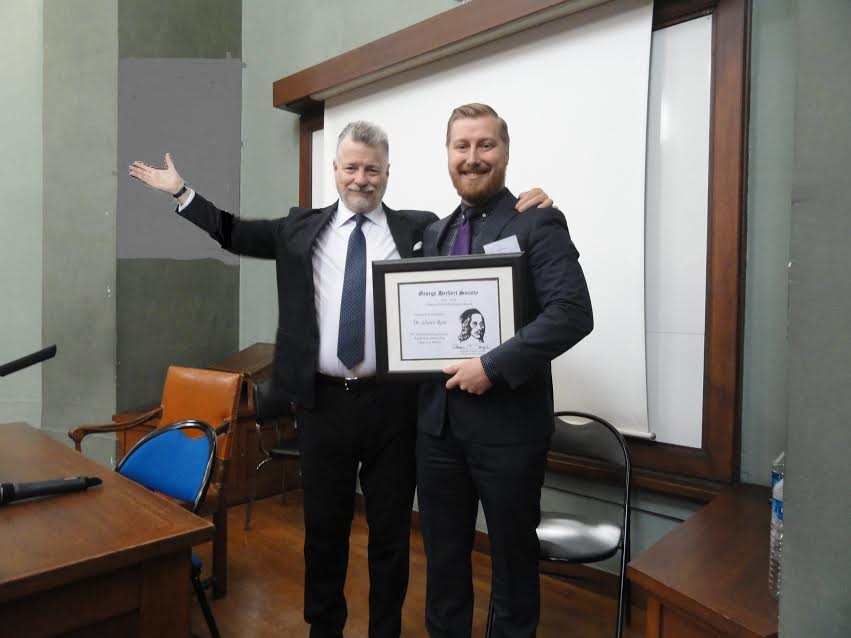 The winner of the Chauncey Wood Dissertation Award of the George Herbert Society for 2011-2013 is Dr. Simon Jackson, for “The Literary and Musical Activities of the Herbert Family.” Written at Christ’s College Cambridge under the direction of Dr. Gavin Alexander (Christ’s), with advisors Dr. Jessica Martin (Christ’s) and Dr. Claire Preston (Queen Mary College, University of London), the dissertation was defended successfully in November 2011. The thesis explores the literary and musical projects of the Herbert family group in the first decades of the seventeenth century. It takes George Herbert as its central figure, examining music as a significant feature of his verse. Situating Herbert’s roles as priest, poet and musician in the context of the cultural activities of members of his extended family, Dr. Jackson persuasively articulates the rich interdisciplinary interplay of musico-poetic relations in the early seventeenth century.

The panel of judges unanimously praised the depth and range of Dr. Jackson’s knowledge of music, the sympathy of his mind to the art of Herbert’s poetry, the precision of his scholarly method, and the lucidity and warmth of his prose. The wealth of contextual material in his study never overwhelms but always enriches the poetry in rewarding ways. We have long known that Herbert was a musician. We now know much more fully what that means. 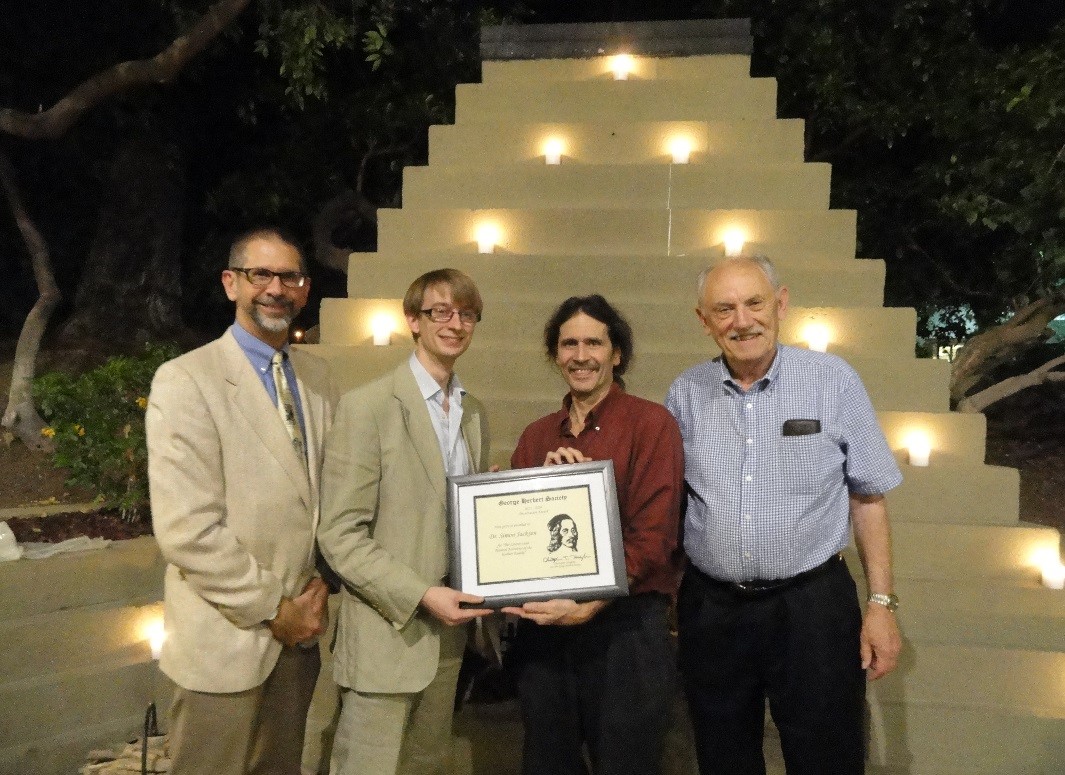