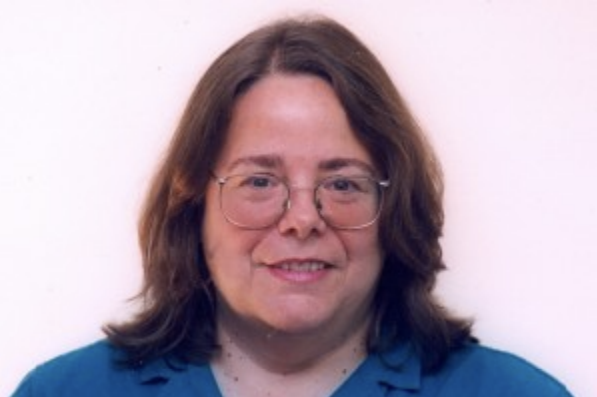 A Tribute by Michael C. Schoenfeldt

Professor Cristina Malcolmson recently died at her home in Portland, Maine, at the age of 70. A world-renowned scholar of George Herbert, Tina earned her undergraduate degree at the University of California, Berkeley, in 1973, majoring in English. She attained her Ph.D., also from Berkeley’s English Department, in 1983. She was an assistant professor at Reed College and Yale University, before settling in at Bates College, where she was an assistant, associate, and full professor. She had recently retired from Bates, after twice serving as chair of the Department of English and once as chair of the Program in Women and Gender Studies.

She was a treasured colleague at Bates as well as an immensely popular teacher, electrifying students on a wide variety of subjects with her contagious enthusiasm. A founding and lifetime member of the George Herbert Society, she served a very active term on its Allocation and Planning Committee and, most recently, on the selection committee for the Chauncey Wood Dissertation Award for 2017-2019.

Tina was the author of three wonderful and frequently cited monographs; all have been major contributions to their fields. Her first book is Heart-Work: George Herbert and the Protestant Ethic (Stanford: Stanford University Press, 1999). The book deftly explores the volatile mix of devotion and business—what Tina, borrowing a phrase from Richard Baxter, called “heartwork”—that was for Herbert the essence of the truly religious life.

Her second book is George Herbert: A Literary Life (Basingstoke: Palgrave Macmillan, 2004). The work outlines the full extent of the social and political contexts surrounding George Herbert and uses those contexts to generate luminously original readings of the poetry. Again, she emphasized the profound ways that Herbert’s engagement with the world was the logical outcome of his spiritual commitments.

Her third monograph involved a major change of perspective and expertise: Studies of Skin Color in the Early Royal Society: Boyle, Cavendish, Swift (Aldershot: Ashgate, 2013). Shortlisted for the 2013 British Society for Literature and Science Book Prize, the book looks at how both scientists and imaginative writers of the early modern period think about differences of skin color. In exploring the emergence of a discourse of race out of a hierarchy of color, the book was very much ahead of its time.

Tina was always a delight to hang out with at conferences. She had a smile that could light up a gloomy MLA session, and a joyous laugh that could gladden even dour academics. I have known her since we were in graduate school together at Berkeley, both writing dissertations on George Herbert. Her ethical and political commitments were deep, and authentic, and abiding, and sprang from the same spiritually engaged place that allowed her to understand Herbert’s worldly entanglements with such sympathy. We will miss her terribly. The field, and the world, are much poorer without her.

Only a sweet and virtuous soul,
Like season’d timber, never gives;
But though the whole world turn to coal,
Then chiefly lives.